Yuri’s move into political life was not an obvious transition because he was, in fact, not a politician. But his sense of mission and his understanding that this was indeed a natural progression tipped the scales in favor of politics. In the 1996 elections, the Israel BaAliya party enjoyed an exceptional victory when it won seven mandates and Yuri Shtern became an elected member of the 14th Knesset.

In the lead-up to the 1999 elections, when differences of opinion about Natan Sharanksy’s path and party leadership intensified, Yuri was forced to make a difficult, but critical, decision. Together with MK Michael Nudelman, Yuri decided to leave this Yisrael BaAliyah and join a new political party that was then emerging, Yisrael Beytenu, under the leadership of Avigdor Lieberman.

During his early years in the Knesset, Yuri primarily represented the Russian “street.” One of the challenges he and the new party faced was to ensure that new immigrants had the same rights as the veteran Israeli population. To further this goal, most of his legislative work dealt with the society’s weaker sectors, which were too often neglected by other MKs: national insurance recipients, Holocaust survivors, single parents, and more. Over the years, Yuri became almost their  sole Knesset representative. In 2001, following a terrorist attack on a disco near Tel Aviv’s Dolphinarium, in which most of those killed and many of the wounded were young people from the former Soviet Union, Yuri stepped in to help the victims’ families fly to Israel as quickly as possible. He continued to help and support these families, and  maintain contact with them, for many years.

During his 10 years as a Knesset member, Yuri served on numerous Knesset committees. He was chair of the Committee on Foreign Workers in the 15th Knesset, the Internal Affairs and Environment Committee in the 16th Knesset, and the State Control Committee in the 16th and 17th Knesset. In 2001–2002 he also served for nearly a year as a Deputy Minister in the Prime Minister’s Office during Ariel Sharon’s term as prime minister.

During his last five years, Yuri expanded his parliamentary and public activities to the national arena, focusing in particular on matters of internal affairs and environmental protection. His extensive legistlative activities include the Cinematography Law, which rescued Israeli cinema and revived the local industry; the Jerusalem Hills Conservation Law, which froze the Safdie Plan that was threatening to take over the green areas surrounding Jerusalem; and the Non-Ionizing Radiation Law, which protects the public and the environment from the harmful impact of radiation from cell base stations. (Additional information on Yuri’s Knesset years can also be found elsewhere on this site.)

While serving as an MK, Yuri set up a number of active lobby groups, some of which he chaired: the Israel-Russia Lobby and the Israel-Ukraine Lobby, which strengthened the parliamentary, cultural and commercial relations between these countries; the Small Businesses Lobby, the Knesset Christian Allies Caucus (for which he successfully enlisted the support of MKs from the across the political spectrum), which revived relations with the Evengelical Christians and thereby strengthened Israel’s standing in the Christian world, and more.

During the 10 years that he was an MK, Yuri worked intensively on public-related matters, leaving only the Shabbat and holidays to spend with his family. These gatherings of extended family and friends were extremely important to Yuri.

It was during Yuri’s Knesset years that Lena decided to make a dramatic change. After nearly 20 years in the business of design and floral arrangements, she began to study physical psychotherapy, becoming a facilitator and therapist in meditation, guided imaging, body-and-soul balance and more. These new skills and knowledge base proved invaluable when Yuri became ill.

During this period, Polina completed her studies and began to work in marketing. She married Yoram, a captain in the Air Force; they havetwo children, Yuval and Eli, and live in Tel Nof. Yuri consulted extensively with Polina on professional matters and they worked together on a number of projects.

Marik completed his IDF service in the IDF, and like many of his Israeli peers, traveled to the East. On his return, he began to study Political Geography at the Hebrew University in Jerusalem, where he is currently completing his MA. Marik has led a number of key environmental battles, working very closely with Yuri on these issues.

For more information about Yuri Shtern’s diverse activities during his tenure in the Knesset, please see the links below.

Positions in the 14th, 15th, 16th and 17th Knessets
As an MK, Yuri Shtern held a number of different positions on committees, caucuses, party factions and special subcommittees.

Legislation
Over the course of his decade of Knesset service, MK Yuri Shtern submitted 396 bills. Dozens of bills he initiated, or in which he was involved, passed into law.

Additional interesting iInformation
Presence in the Knesset, speeches and motions for the agenda. 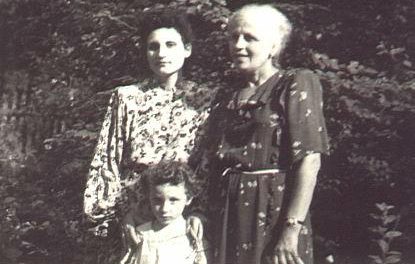 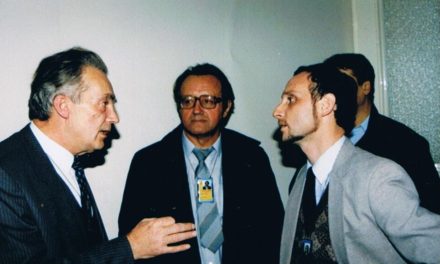