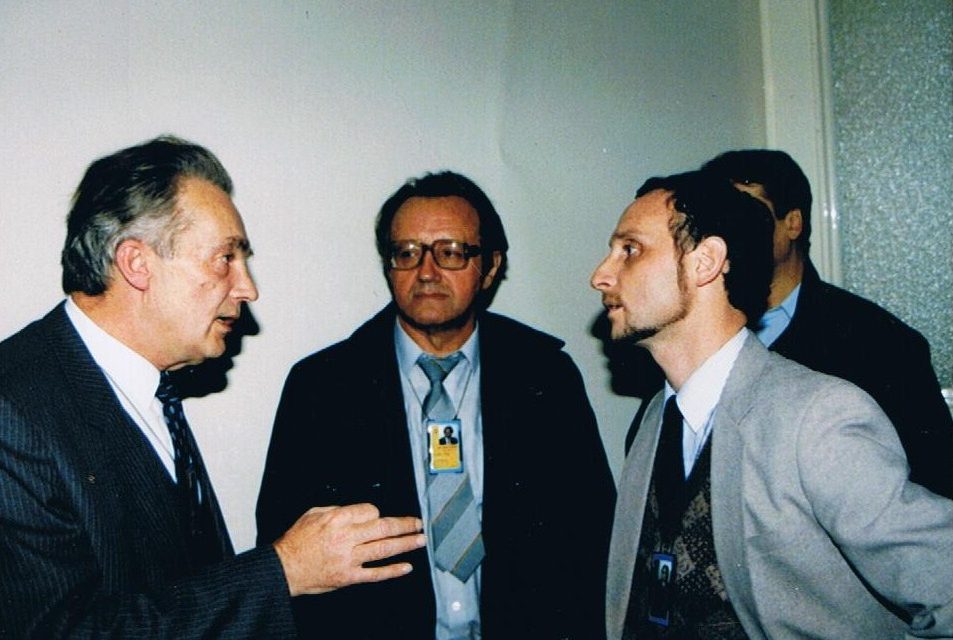 In 1989, Yuri Shtern approached the Federation of the Israeli Chambers of Commerce with a proposal to establish a new department to assist the thousands of Russian immigrants who arrived in Israel with business initiatives and were seeking aid. The Federation accepted his proposal and Yuri was appointed director of the Department of Absoprtion and Entrepreneurship.

There are numerous tales about new immigrants during this period who descended from the plane when they landed in Israel clutching a note that said,Yuri Shtern, 84 Hashomna’im Street, Tel Aviv. Many of those helped by the new department went on to establish large businesses, some of which are active worldwide, and still serve to strengthen commerical relations between Russia and Israel. Once again, as a result of his initiative, Yuri created an organization from scratch, generating work and income for hundreds of people.

In light of the success of his initiative, the Federation of Israeli Chambers of Commerce appointed Yuri its first official representative in Moscow, where he developed the infrastructure for economic, commercial and cultural relations between Israel and the former Soviet Union. In addition, he laid the foundations for the economic diversity that led to numerous investments by Russian businessmen in Israel and vice versa. These reciprocal business activities contributed greatly to the strengthening of diplomatic relations between the two countries.

In 1993, Yuri returned to Israel and was appointed chairperson of the New Entrepreneurs Association, which began to function independently of the Chambers of Commerce. He became involved in the public activities of immigrants from the former Soviet Union who were in the formative stages of founding what would become the Yisrael BaAliyah Party.

The Family at Home

Over the two years serving in his Chamers of Commerce role, Yuri commuted between Jerusalem and Moscow, a difficult time for the family. During this period, however, Lena’s career as a florist flourished. As part of her successful  business, she prepared flower arrangements for varied events and functions, including at the President’s Residence. She taught floral design as well, providing many new immigrants with the skills needed to begin a new profession in Israel.

In 1992, the family celebrated Marik’s Bar Mitzvah – the first to occur in the Shtern family for 70 years – at the Western Wall in Jerusalem. That same year, Polina enlisted in the IDF, serving as an Education Officer in the Air Force.

In 1995, the Shtern family left the Gilo neighborhood and moved to Shimoni Street, closer to the city. Polina completed her military service and began media and management studies at the College of Management, and Marik attended high school. Throughout, despite intensive public and professional activity, Yuri and Lena made a point of enjoying life and living it to the fullest. Together with family and friends, they traveled throughout Israel, attended the theater and concerts and visited museums. Lena felt it was very important to separate their public life from their personal life, and carefully maintained this division, especially over the coming years of Yuri’s political engagement.

The Beginnings of Political Activity

As the 1996 elections neared, Yuri began to consider entering politics, a decision that was not a simple one for him. But feelings among immigrants from the former Soviet Union, who now numbered nearly 1 million, had intensified with their realization that only by uniting and tapping their political strength could they have any influence in society and become an integral part of Israeli life.

A number of immigrant political movements came into being at this time, and Yuri became involved in establishing the Yisrael BaAliyah, led by Natan Sharansky. In the 1996 elections, Yisrael BaAliyah won seven Knesset seats, and Yuri Shtern was elected a member of the Israeli Knesset.