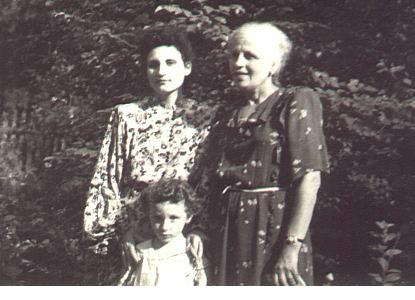 Yuri Shtern was born in Moscow in 1949, and spent most of his childhood in central Moscow, living modestly with his parents, Esther and Leibish Shtern. Yuri’s mother was a construction engineer and his father was an electrical engineer. When Yuri was 8, his sister Alla was born.

As was the case in most Soviet families, both of Yuri’s parents worked long hours, while his grandmother, Zinaida, ran the household and raised the children. Grandma Zinaida came from distinguished lineage and grew up in a wealthy family, where she and her six siblings had a governess who taught them French and English and, of course, the piano. Yuri’s grandmother had learned German from her mother and wanted to give her grandchildren an education similar to her own. Yuri’s piano lessons were much less successful than his English lessons, which he excelled at. The private lessons at their house continued regularly for several years.

Yuri’s grandfather, Dr. Josef Kaminsky, a senior physician and a highly educated man, was an outstanding Zionist activist and a founder of the Zionist party in Russia. For his activities, he was sent to a Soviet concentration camp in 1934, where he was executed in 1938.

Yuri was a “bookworm” all through school, and consistently received excellent grades. He knew more than his teachers about geography and history, his favorite subjects, and was often asked to teach instead of the teachers. When he was 8, Yuri’s father arranged for Greek and history lessons for him with a professor of history.

After completing 8th grade, Yuri transferred to a mathematics high school, where he graduated with a silver medal. During his high school years, he became interested in Judaism and the history of Zionism, and began developing his highly critical opinions of the Soviet regime.